While studying for my MBA in Trinity, the lecturer (John Murray RIP) was focusing on company strategy and I suggested that within five years a major retail company such as Tesco would sell their own brand car. I was nearly laughed out of the class.

Cars, just like refrigerators and microwaves, have become simple transportation devices. In an era of tighter regulation and legislation governing every aspect of motor cars design and manufacture, it is inevitable that they will become more and more homogenised as designers and engineers have less scope for originality as a result.

It would seem that Mr. Gordon Murray shares the same vision for urban transportation as myself. He has seen that a properly designed transportation solution which has a low carbon footprint could be retailed by any company, not just those in the automotive industry. All they would have to do is to subcontract out the manufacture of the vehicle. I have no doubt at all that Mr. Murray’s T 25 Motorcar will be such a vehicle.

In the years to come particularly with the increase in the price of energy Motorcars will cease to be symbols of status and wealth and will instead be seen as a method of getting from A to B as economically as possible.

Gordon Murray has been hinting for a few years now that he would like to build his small T.25 city car, so we were not surprised when he unveiled the vehicle at the Smith School of Enterprise and the Environment. But would you be me if I said that it is like the McLaren F1 in a way.

So how can the T.25 be like the most iconic supercar ever? Well we know that it was also a Murray design and this new car will have the same passenger layout, the driver sits in the middle with the two passengers sitting either side to the rear.

The small car weighs just 1,212-pounds, is under 8-feet long and four feet wide – making it the ideal city car. The T.25 has taken a design feature from the 1950s BMW Isetta microcar, where you enter the vehicle from the front thanks to its hinged front.

Do not expect this car to break any speed records –It’s not all about that. The Gordon Murray T.25 city car with its 51 horsepower engine can go from standstill to 62mph in a shocking 16.2 seconds. However, the fuel economy more than makes up for it – 61.9 miles per gallon.

The company will license the T.25 around the world along with the iStream process and could license both to more than one manufacturer.

Murray, a former McLaren F1 designer, says the T.25 is small enough to fit onto a motorway lane twice over and a standard parallel parking space three times over, while retaining at least a four-star Euro NCAP rating.

The T.25 will also be best-in-class for fuel economy and ‘low-to-zero’ CO2 emissions, significantly reduce ‘dust-to-dust’ CO2 emissions, incorporate recycled materials and will be designed to be recyclable itself.

The iStream process means that assembly plants can be designed to cover only 20 per cent of the land a conventional factory does, while being sufficiently flexible to be used to manufacture different variants.

The design process has therefore been built around the mantra of ‘Think Light’ and all materials are selected to be as light as possible whilst being ‘fit for purpose.’

Murray says 15 potential clients based in 12 different countries have already expressed an interest in the T.25, only a minority of which have been established car manufacturers – raising the possibility of new car manufacturers emerging on the back of the T.25 and iStream products.

“This is an idea that began in 1993 and, with the hard work of the team and help from our investors, it’s great to finally see it coming to fruition. I believe the timing is perfect given the current situation within the automotive industry.” says Murray.

Whats more, I also believe that in the next few years we will see the merger of an automotive and electronics manufacturer due to the colossal amount of electronic componentry contained in a modern motorcar. These includes control systems for just about everything, LCD ‘virtual’ dashboards, ABS, stability programs, proximity, navigation, internet and communication systems. LG of south Korea and Ford ? Watch this space.

Originally published by me in August 2010. 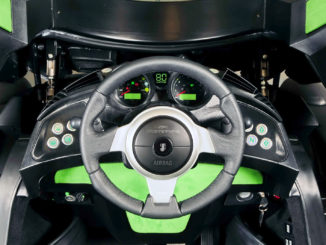 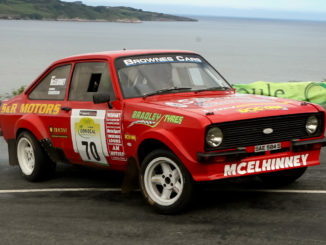 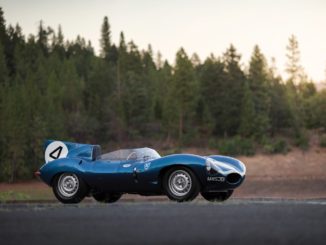